For the first time I decided to take up the reading challenge on the Goodreads social network. I have managed to complete the challenge, although I felt a bit like cheating because I included some graphic novels in the list.

Be that as it may, here is the list of books.

1. The Metabarons, Alejandro Jodorowsky, Juan Giménez, first part (four of eight books)
A fireworks of ideas, beautifully drawn, a joy to read.
2. The Magic Mountain, Thomas Mann
Huge piece of literature. A bit hard to plough through at times but rewarding in the end.
3. David Weber, Uncompromising Honor
The final chapter in the saga of Honor Harrington. A satisfactory conclusion, and a very enjoyable read.
Read more »
Posted by Tanaros at 01:22 No comments:

After the dissapointment I experienced watching The Force Awakens I decided not to watch any more Star Wars installments. When Rogue One came to the theatres, I was rather adamant to hold on to my decision, in spite of good reviews. However, something happened that changed my mind. My cousin from abroad was visiting us and since both of us love movies, we soon came to the subject of Star Wars. He had the similar opinion of TFA but he was absolutely thrilled with Rogue One. When we said goodbye, he said to me that I just had to see the film. I had no choice.
And I am so glad for that.
Read more »
Posted by Tanaros at 14:14 No comments:

Jim Butcher has hit a homerun with his Dresden Files series of novels. By his own confession, he wrote the first book, under the name Semiautomagic, at a writing course, trying to prove to his teacher that it would be horrible. It turned out to be completely opposite. 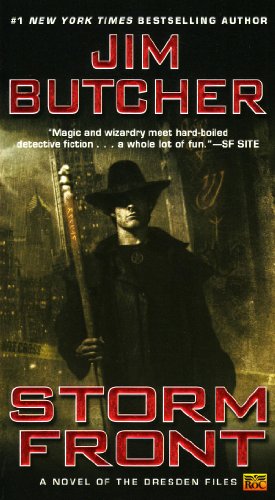 The main character is private investigator and wizard Harry Dresden, the world’s only consulting wizard. He works as a private investigator and police advisor. In the world of The Dresden Files, magic is real, along with vampires, demons, spirits, faeries, werewolves, outsiders, and other monsters. But most of the people still do not believe in the supernatural. When he works with the police, he is engaged by detective Karrin Murphy, head of special investigations unit, the unit that deals with the strange cases.

I don’t think that since the birth of television, something that lived so short left such a deep and lasting impact in popular culture. After a recent Firefly re-watch I decided to write a few words about it. The story of Firefly is all but incredible. It was a show created by Joss Whedon, after his success with Buffy the Vampire Slayer and Angel. He said that he had wanted to make a western but since he loved spaceships so much, he decided to place it in space. He described is as a story of nine people looking at the darkness of space and all seeing different things. 14 episodes had been made before the show was canceled by the Fox Network. I often think that the person who made this decision still hides this fact in shame, hoping that it will never be revealed.